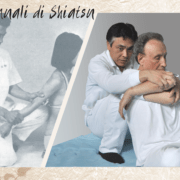 Shizuto Masunaga, during his lifetime, wrote many books and texts and collaborated with several Japanese natural medicine journals. Unfortunately, only a few of these writings have been published in Western languages also due to the difficulties of translation, given the author’s deep knowledge of Western and Eastern medicine and philosophy, psychology and religion.
For the spread of Keiraku shiatsu in the world was important the publication in English, in 1977, of the book “Zen Shiatsu”, translated by Wataru Ohashi from the original Japanese “Shiatsu”, followed by translations into other languages (also in Italian, in 1979, edited by Edizioni Mediterranee).
The translation of “Zen Exercises” in English followed, published in Italian in 1996 as “Zen per immagini” by Edizioni Mediterranee. These books are only a fragment of Masunaga’s work but for many western students, until recently, they were the only texts available to learn the fundamentals of Keiraku shiatsu.
In recent years, the French publisher “Le Courrier du livre” translated and published “Shiatsu et Médecine Orientale” (from the original Japanese “Keiraku to shiatsu”, shiatsu and meridians) and “100 Récits du Traitement” (“Tales of 100 treatments”). I also consider important the work done by Maria Silvia Parolin and Hatsuni Ueda, who translated into Italian ” Manuale di Sesshin ” (2007, Macunix editions).

Currently, Iokai Center in Tokyo is directed by Haruhiko Masunaga, son of Shizuto, who continues teaching and spreading his father’s shiatsu, in Japan and abroad. In 2011 I went to Tokyo to see the reality of Iokai Center and attend a short course for foreigners held by Haruhiko Masunaga.
During the lessons, I noticed that Haruhiko consulted his father’s books “Tales of 100 treatments” and “Shiatsu manuals”, also used as textbooks for basic and advanced courses at Iokai. Under license from Keiko and Haruhiko Masunaga, I decided to have these volumes translated into Italian and published as Shiatsu Milano Editore, the publishing house I had just founded to spread bio-natural disciplines.
These translations were made possible thanks to the collaboration with our Japanese shiatsuka Akiko Emori, our official translator Mayu Fanny Suzuki and the consultation of Tsuya Yamada and Manuela Perardi.

The first “face to face” with Masunaga’s original writings was the translation of “Tales of 100 treatments”. It is a collection of articles published in the Japanese magazine “Ningen-Igaku”, fifty-eight of the hundred expected because, unfortunately, Shizuto Masunaga died of disease before completing them. These stories are autobiographical and, as Keiko Masunaga wrote us in a letter:
“Unlike other texts written by Masunaga sensei, “Tales of 100 treatments” is a very particular and important book because it deals intensely with the idea and philosophy of Keiraku shiatsu, from the point of view and lifestyle adopted by Masunaga sensei”.
Later, from 2014 to 2016, we translated and published “Shiatsu Manuals”, divided into 1st, 2nd,

3rd and 4th month. These volumes, although they contain some topics and sequences already expressed in “Zen shiatsu”, expand and detail the fundamental contents and techniques of Keiraku shiatsu. Upon request of Haruhiko Masunaga, to make the importance of these manuals known, we have begun their publication in English, currently in ebook format. Thanks to the numerous requests, we are also considering to publish a paper version.
Given the reach and value of Shizuto Masunaga’s writings, and always to spread the original Keiraku shiatsu, we have also translated “Keiraku to shiatsu” 1st volume, the second will shortly be available.
Other books would deserve to be translated into our language and, for this reason, we list the most important texts written by Shizuto Masunaga, available in Japanese language at Iokai Center in Tokyo. 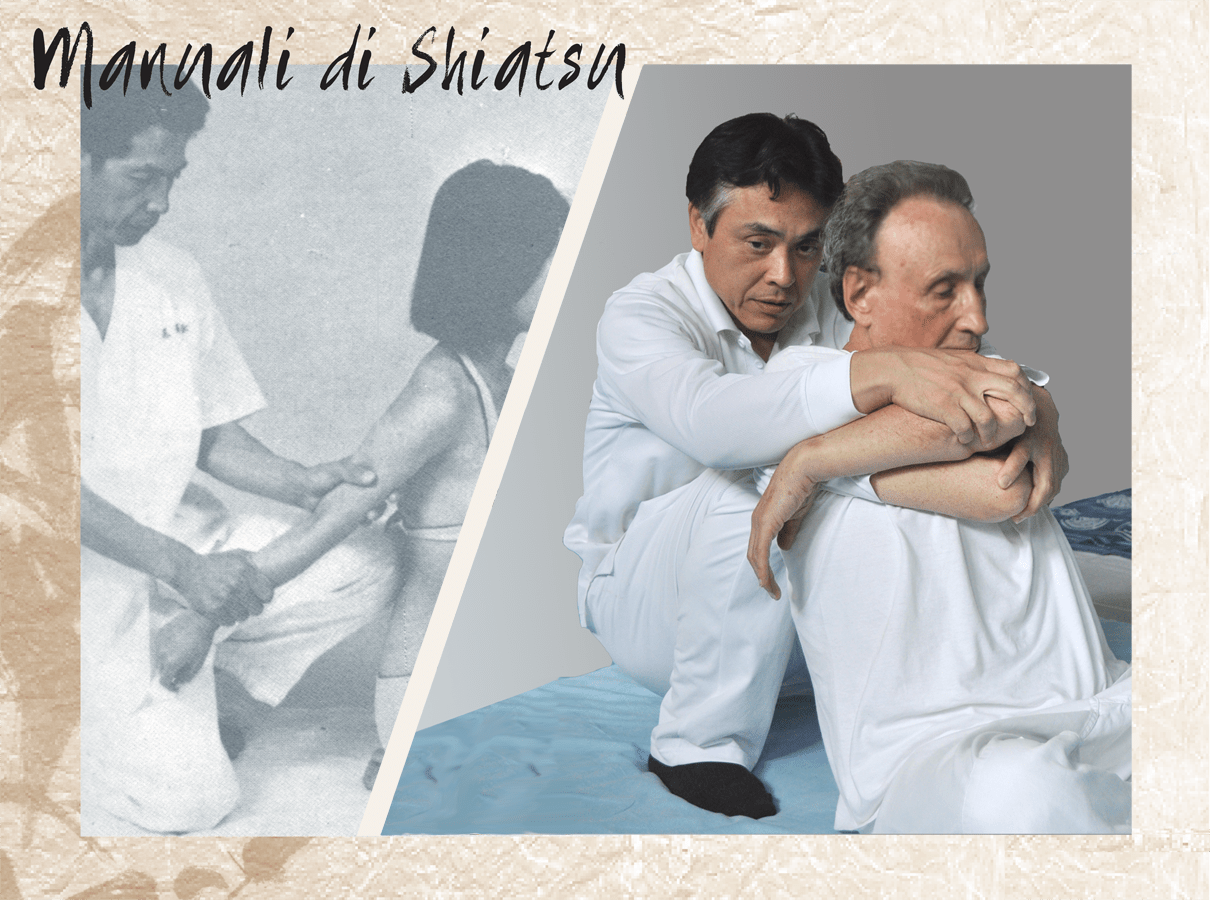