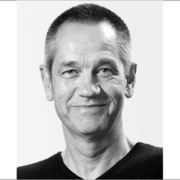 Here you can find an interesting article by the German doctor Wilfried Rappenecker, founder and head of the Shiatsu School of Hamburg and director of the International Shiatsu School of Kiental (Switzerland). He is one of the main representatives of shiatsu in Germany and at European level, as well as author of various books on shiatsu. Enjoy the reading!

In bodywork, we describe resonance as a phenomenon that unfolds between therapist and patient. Mindfulness for oneself and being present in one’s body on the part of the therapist is an important basis for resonance in a therapeutic setting.
Training and experience allow the therapist to amplify the resonance. However, the practitioner alone cannot generate resonance; the patient’s response is essential. In this context, trust is an essential ingredient. The arising therapeutic space is more, and can facilitate more, than the space between two individuals who are not resonating with each other.
Resonance shapes, in one way or another, interpersonal communication. Resonance is the foundation for creating a sense of communion.
In Shiatsu, resonance describes a phenomenon which unfolds in every therapeutic situation between therapist and patient, and which is reflected in the therapist’s perception of and the patient’s reaction to the touch. Resonance always occurs when two people relate to each other. In this article I describe the effects of and prerequisites for amplified and deepened resonance as it occurs and can be promoted consciously in a Shiatsu treatment.
When resonance is amplified patients describe the effect of the touch as reaching significantly deeper, both physically and emotionally, than without deepened resonance. Clients relax more easily and deeply. The breathing becomes deeper, or lighter and shallower; there will be a perceptible decrease of both tissue and muscle tone; local tension dissolves.
In a state of amplified resonance, the therapist’s perception expands from perceiving only the physical surface and superficially visible physical structures to perceiving the body-space, e.g. with a frozen shoulder, an injured knee or psychological complaints.

Being present in the body and the quality of attention
A state of increased resonance in this sense requires the practitioner ‘being present within himself’. This phrase describes a state in which the therapist perceives himself and his body in a relaxed way while being engaged in therapeutic interaction with the patient. This state is experienced as calm and centred – and felt as pleasant. The client, too, enters into a similar state, among other things through the deep relaxation experienced in the treatment.
Mindfulness towards oneself and being present in one’s body is an indispensable basis for the therapist’s mindfulness towards the patient and her body-space. This kind of mindfulness is not diffuse, but orientated and focussed. The fascinating combination of relaxed expansion and clear focus facilitates specific touch with nothing but focussed attention – together with manual touch; if considered appropriate, then also instead of it. This type of touch with attention is possible on any part of the body, on its surface as well as within the depth of the body-space.
It is interesting that even minor changes in the therapist’s position, thinking or mental orientation can have a considerable influence on the resonance space formed together with the client. For example, if the practitioner straightens up and slightly expands himself during the touch, joints such as the shoulder joint and the wrist become permeable and the client will experience more freedom and lightness; and he will often become even more deeply relaxed. The client will experience the touch in different ways in his body, depending on whether the practitioner is working on an area with a well-defined focus of attention, or whether he is thinking of something completely different, such as his shopping list.
Expansive and focussed mindfulness can and must be learned and practiced. It is a kind of Qi Gong practice. Body exercises, such as Hatha Yoga and meditation, can play a decisive role in such training. The treatments themselves can be utilised as an effective practice for reaching a state of amplified resonance.
In the beginning it often requires courage to enter into a state where resonance is possible. It requires courage because it requires the practitioner to open up; to partially surrender the control of which aspect of myself emerges to the outside as well as the control of what can penetrate to the inside. To be in a state of resonance means that I show myself the way I am.

Therapeutic Space
However important it is that the therapist be able to enter into resonance – the practitioner alone can trigger the phenomenon we call resonance to only a limited extent. The client’s response is essential. At that moment in the treatment, when the client relaxes, she opens herself up to the touch and establishes a connection with – and perceptible by –the therapist. This connection is a phenomenon of resonance, which people who are in tune with their bodies (e.g. bodyworkers, yoga practitioners, professional dancers or actors) will perceive much quicker and more strongly. This makes working with such people easier and more satisfying for the practitioner.
In the connection described here the feeling arises as if therapist and patient share a common space. At our institute we call this resonance space the Therapeutic Space. Training and experience on the part of the practitioner make it easier for this space to arise.
Trust is an essential ingredient of the resonance space described above. The practitioner’s mindful touch and his relaxed presence allow the patient to relax and trust the setting and the touch. Trust increases the potential for resonance in the human system and thus its strength. Trust, therefore, facilitates an inner state in which words and touch have a deeper effect and support self-regulation and self-healing. In my view, this is an important component of any therapeutic effect (also in the context of a conventional medical intervention, as any G.P. in medicine knows) and one of the foundations of the placebo effect.
Not every client is able to open up to the emerging resonance space straight away. For example, offering this space to traumatised persons can trigger fear and a closing-up. In such cases, the therapist’s experience is of great importance in order to continue offering openness and acceptance unilaterally, while at the same time understanding and respecting the client’s closing up as a necessary act at that moment.
In the Therapeutic Space therapist and patient communicate with each other. Verbal and especially non-verbal information becomes accessible; information which goes beyond merely physical impressions and encompasses emotional aspects as well as aspects of the client’s life history. Generally, based on his training and professional experience, the therapist can consciously use this information for working with the client. Due to the nature of resonance, clients equally receive information about the therapist but are usually unaware of this. Both transference and counter-transference are phenomena of the Therapeutic (Resonance) Space.
In a safe treatment setting the Therapeutic Resonance Space develops spontaneously and without any conscious action of the persons involved. However, it can also be induced by the practitioner based on her training and experience. Of importance are skilful perception, mindful approach and respect for the patient’s integrity. Only then a therapeutic setting will develop that differs fundamentally from a non-resonating one.

Resonance in everyday life
What I refer to as the Therapeutic Space, in my view and experience, exists in every interpersonal communication. Language is only one of the essential tools for communication and together with gestures, facial expression and body language as well as the many ways of communicating, influences and shapes the communal space formed by human beings when they consciously or unconsciously relate to each other.
I presume that mutually experiencing and relating to each other in the Resonance Space also plays a great, if not central, role in people’s everyday life; that it forms the basis for all important decisions; and that it brings the colour to our lives which we experience in our togetherness with others. Resonance is a foundation for a sense of communion.

Attempting an explanation
In attempting to find an explanation for the phenomena observed in bodywork as described above, the term ‘resonance’, borrowed from quantum/particle physics, appears very useful to me. Resonance arises when two vibratory bodies or spaces relate to and influence each other. In this concept, the human being as a whole (i.e. the human body, possibly including its surrounding space, as well as feelings and thoughts) is seen as a space capable of Resonance.
In bodywork, a relaxed upright body, which ‘shows itself’ and can openly enter into resonance, is therefore of great importance. Marked tension in the practitioner’s body (e.g. in the shoulders, the neck or the wrists) will cause a constraint of the resonance space.
The less the vibrational capacity is impaired, the easier it will be for vibrational spaces to resonate with each other. Typical dampening factors in the human body are tension as a result of stress, anxiety, ambition etc. If the body suppresses certain painful experiences and if this suppression is permanently stored, there will be blockages on both an emotional and physical level. These can severely restrict the system’s vibrational capacity. This applies to almost all people, but in particular to those with e.g. a neurotic or post-traumatic stress disorder or with borderline personalities.
Bodywork such as Shiatsu, but also psychotherapy, pursues the goal of dissolving such blockages and increasing the vibrational capacity of a person’s entire system. If the vibrational capacity of a client’s system increases during treatment, it is easier to find solutions to the current problem.